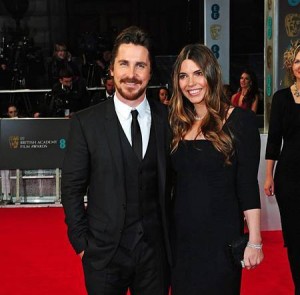 At the recent 2014 BAFTA Awards, Bale his wife Sandra “Sibi” Blažić (a former model, make-up artist, and personal assistant to actress Winona Ryder) looked like a true power couple on the red carpet. The British Academy of Film and Television Arts (BAFTA) “supports, promotes and develops the art of film, television and video games – by identifying and rewarding excellence, inspiring practitioners and benefiting the public”. It’s also another excuse for celebrities to dress to the nines and don their best makeup and glowing skin.

For this event, Bale and his wife had their hair and makeup done by celebrity makeup artist Julia Carta. In addition to her arsenal of products, Carta used a variety of Shinso skincare items on the couple’s faces. To steal Bale and Sibi’s great skin, follow the skincare steps below.